About Boeing in the UK

About Boeing in the UK and Ireland

Boeing has had a presence the UK for more than 80 years. During that time, we’ve grown to more than 2,500 employees in over 30 key Boeing and customer sites in the UK and Ireland, in three business areas: commercial, defence and global services.

We have long-standing relationships with British industry, the armed forces, UK universities, suppliers and the air transport industry. From global commercial aircraft services in Frimley to defence data analytics in Bristol and advanced modeling and simulation in Fleet, we provide customers with high-quality, tailored, long-term solutions.

Nearly 400 Boeing aeroplanes are operated in the UK and Ireland with several domestic carriers. There are more than 120 Boeing Chinook, Apache, Poseidon and C-17 aircraft providing battle-winning, life-saving capability to the UK armed forces. The UK is an important market, supplier base and a source of some of the world’s most innovative technology partners.

Our commitment and partnership

Our investments and growth 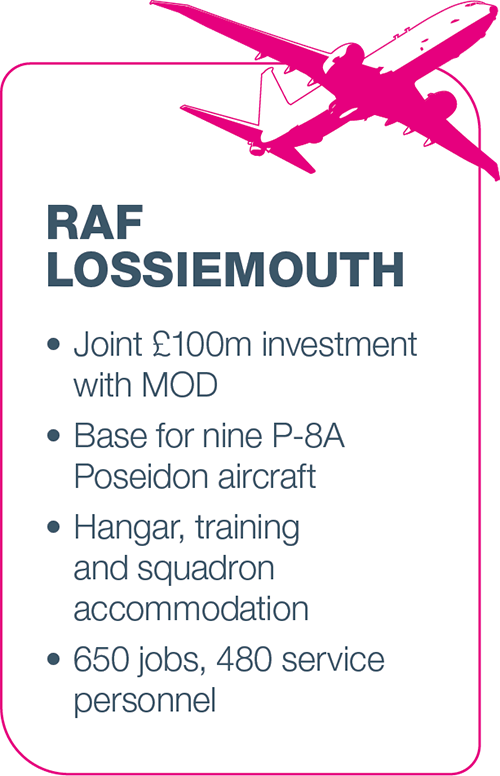 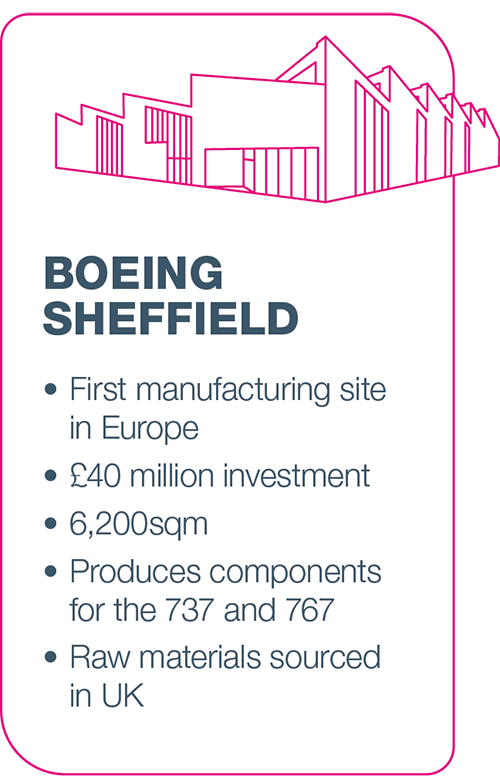 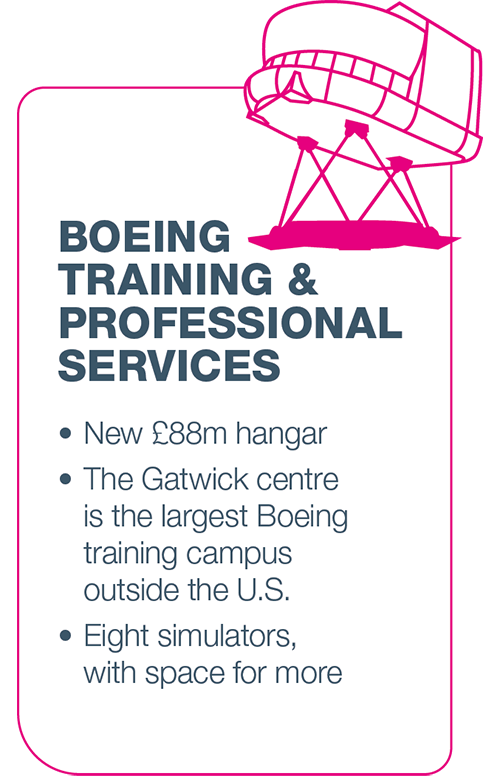 Our first European manufacturing site is located in Sheffield. The £40m factory makes commercial aircraft components for the 737 and 767 supply chain.

We invested £88m in a commercial aviation maintenance hangar at London Gatwick and have extended a flight simulator facility nearby, making it our largest aircraft training campus outside of the U.S.

Together with the Ministry of Defence, we have invested £100m to build a strategic facility for the RAF P-8A maritime patrol aircraft fleet at RAF Lossiemouth in Scotland, which is now fully operational.

Additionally, we opened Boeing’s Office of UK Industrial Collaboration (OUKIC) in Seattle to help companies export from the UK to Boeing in the U.S. and we have an R&D programme with the Advanced Forming Research Centre in Glasgow, part of our new Boeing Scotland Alliance.

Find out more information about our history in the UK or see more about The Boeing Company.