In October 2018, we opened a production facility in Sheffield – our first manufacturing site in Europe. The £40 million, 6,200-square-metre facility is located on Sheffield Business Park, in South Yorkshire, not far from the Advanced Manufacturing Research Centre with Boeing (AMRC), a world-class machining and materials research campus founded in Rotherham in 2001, by Boeing and the University of Sheffield. We employ 75 people, including 30 apprentices, at Boeing Sheffield.

Summer 2017: Planning permission for the site was granted

What's made at Boeing Sheffield?

We make more than 100 different high-tech actuation system components for the 737 and 767, from raw materials sourced in the UK. These components are used on the trailing edge of the wings. Trailing edge actuation systems are responsible for extending and retracting the wing’s flaps during different phases of flight. The flaps add lift to enable take-off and landing at lower speeds, and provide drag to help slow the aircraft.

Boeing Sheffield is part of a broader plan to increase in-house manufacturing of key actuation components and systems in the U.S. and the UK, enhancing production efficiency and reducing cost in its supply chain. The components made in Sheffield are shipped to our facility in Portland, Oregon, for assembly.

We established a presence in South Yorkshire in 2001, and Boeing Sheffield builds on this longstanding and successful relationship with the AMRC and Boeing’s history of world-class research and development in the area. We have also initiated a major new research programme with the AMRC to develop new manufacturing techniques that can be applied to our Sheffield facility to improve efficiency. 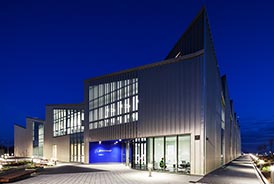 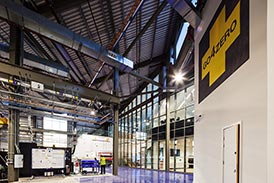