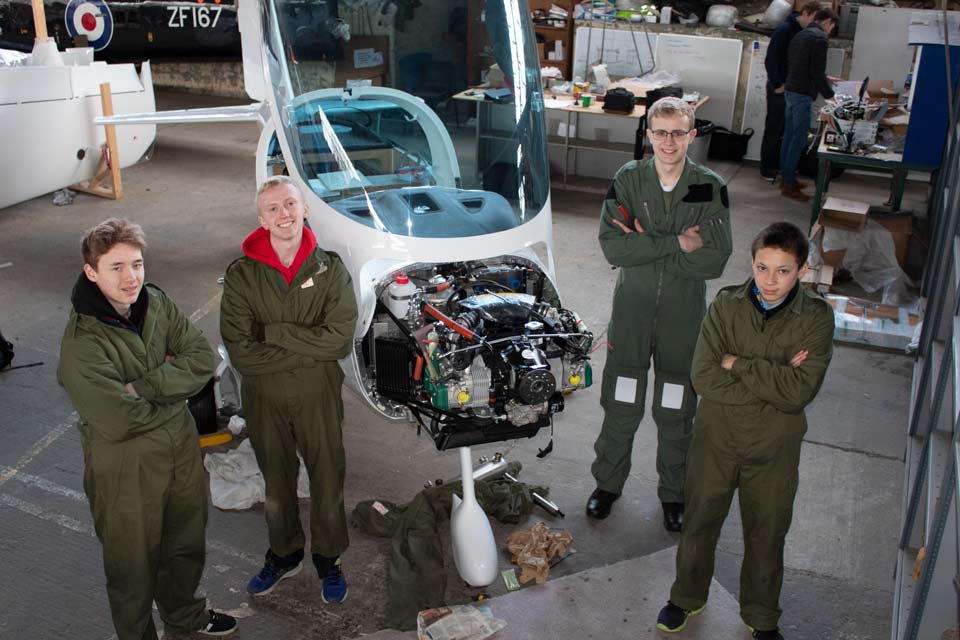 On the date of our centenary in 2016, we joined forces with the Air League and RAF Air Cadets to launch an aircraft build project, Centennial Wings. Centennial Wings complements and enhances the existing RAF Air Training Corps cadets’ curriculum with hands-on practical application of classroom theory, to inspire young people to study science, technology, engineering and maths (STEM) subjects and to take an interest in careers in the military and aerospace.

The two-year project was undertaken by young cadets to build a Sting S4 ultralight aircraft from a kit, giving them practical experience of aircraft engineering.

Twenty RAF Air Cadets (RAFAC) from the Northern Ireland Wing were involved in the first construction project, collaborating together under the guidance of Sqn Ldr Aaron Coulter and volunteers from the Ulster Aviation Society, located in Lisburn, Northern Ireland. The RAFAC comprises both the Air Training Corps (ATC) and the Combined Cadet Force (RAF). The aircraft was completed on the RAF’s centenary in 2018. 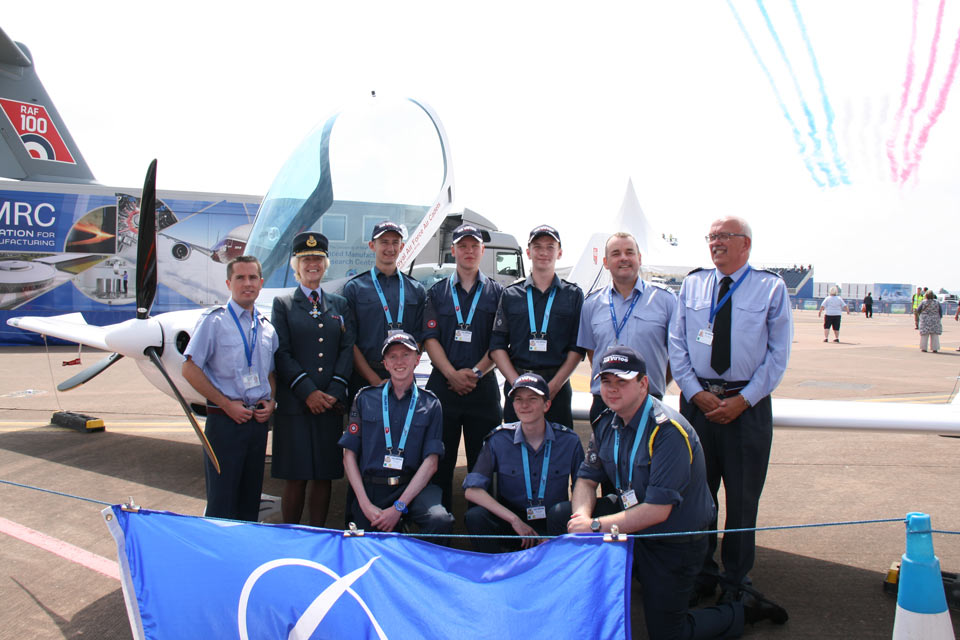 The aircraft, now located at RAF Syerston, is going through flight testing, following certification by the Light Aviation Association (LAA). The intention is that Centennial Wings will enable many cadets to learn to fly over the years ahead. The Centennial Wings aircraft will be flown with the RAF Flying Clubs’ Association (RAFFCA), an organisation that has had close links with The Air League for decades. The project has drawn together many volunteers including the Ulster Aviation Society, LAA inspectors and mentoring from Boeing engineers.

Due to the success of the first build, we extended the project with the Air League and the RAF. Centennial Wings 2 started construction in late 2018, with a target completion date of 2020 and will be located in Moray, Scotland as part of the P-8 programme. Extending the project gives an opportunity for more young people to be inspired in engineering.

More about our partnership with the Air League.